What is the Purpose of Abstraction in Art?

Some people devalue abstract art mainly because they cannot comprehend and interpret what they see. After all, it’s easier to criticize representational art because of its straightforwardness. But, what is the purpose of abstraction in art, and what is its value? The value of abstraction has been a debate for decades now. Some people prefer the traditional master style painting of artists like Rembrandt and Da Vinci while some prefer the genius and creativity behind the paintings of Kandinsky and Pollock. Regardless of the preference, art is an art and it is subjective. Therefore, the meaning, aesthetic value, and interpretation are in the viewer’s hands and critic. In this article, we deconstruct the meaning and purpose of abstraction in modern art. 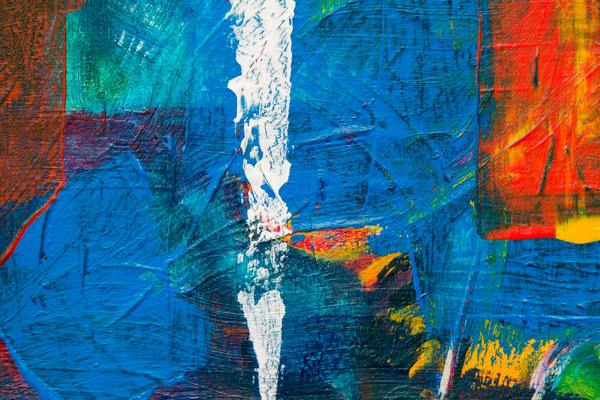 Have you tried comparing the artworks made centuries ago and the artworks that are being made now? Although it is undeniable that traditional art is still being made and loved by many, modern abstraction is the trend now. Art exhibits, galleries, and museums give non-representational art its own spotlight. Smears of paint, splashes of colors, and the use of non-conventional art supplies are considered creativity, too. A lot of people may think that it’s a child’s work, but not all interpret it the same way. 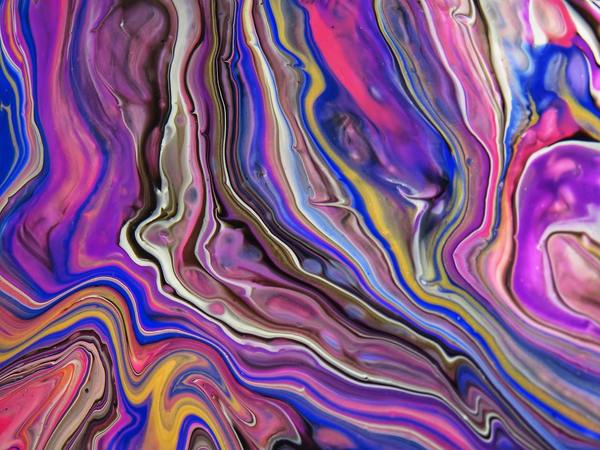 Abstract art has no representational form that depicts objects in the real world. It is an expression that uses visual language in form of colors, geometric shapes, gestural marks, and non-representational imagery to express a message to the viewer. Most often, the meaning and interpretation behind abstraction depend upon the viewer. This movement is all about intuition and freedom for the painter and the viewer. Thus, it gives the artist the freedom to intuitively paint their imagination beyond our comprehension, emotions, and understanding of the physical world. On the other hand, the artwork also gives the viewer the freedom to freely interpret and make sense of what they see based on the emotions that were evoked by seeing the art. Abstraction was never meaningless. It may not make sense to the representation of the real world, but it shows the artist’s intuitions and virtues such as spirituality, simplicity, and purity.

A Brief History of Abstract Art

Abstraction goes way back to the 19th century and was influenced by Post-Impressionism, an art movement led by artists like Paul Gaugin, Vincent van Gogh, and Georges Seurat. The advent of abstractionism challenged the traditional way of creating artworks–illustrating anecdotes, biblical events, mythology, and historical narratives. The pioneers of this movement were Wassily Kandinsky (credited as the father of abstract art), Robert Delaunay, Vladimir Tatlin, and Kazimir Malevich.

Despite its early rise in the 20th century, particularly during World Wars I and II, the movement has little influence in the world due to the dominance of Dada, Suprematism, and Constructivism. Thus, war propaganda and posters made a huge impact at the time. During the postwar era, however, another movement of abstraction known as abstract impressionism emerged and influenced the art world. This gave birth to the abstraction among American and European art practices on paintings and sculptures. Up until today, the style has been widely accepted despite the confusion it creates for some people. And the rest is history.


What is the Purpose of Abstraction in Art?

Now that you know the definition as well as the brief history of abstract art, we will now proceed to the discussion: what is the purpose of abstraction in art? A lot of people ask the same question, not only about art majors. It is important to understand the meaning and function of every art movement in order for you to develop your own artistic style and taste.

1.  To broaden your understanding:

Abstract artworks are a visual delight on a canvas. The artist behind the masterpiece would use different colors, geometric shapes, patterns, textures, lines, and other forms to present their thoughts in a poetic, nonlinear manner. Such made it easier for the artist to express themselves in a way that representational visual art could not. If you’re the maker, abstraction touches your instincts and inner self, hence helping you understand yourself a little bit more. If you’re the viewer, on the other hand, it helps you comprehend things beyond reality and understand concepts that are intangible, subjective, and theoretical. 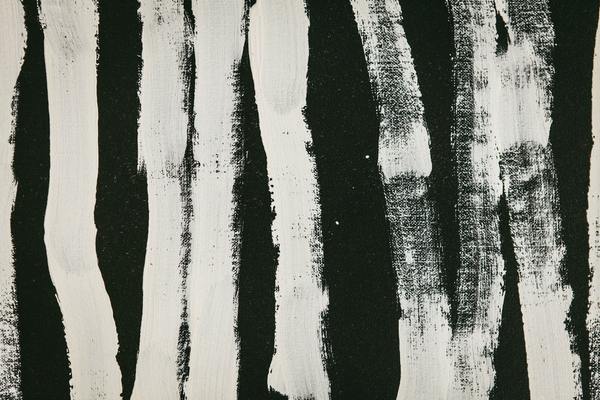 2.  To express yourself at a whole different level:

There are times that we cannot express ourselves in words and in pictures. So when this happens, try to depict your feelings and emotions by making an abstract art. The purpose of abstraction is to reconnect with your inner self and let out your inhibitions on a canvas through splashes of colors, visual poetic imagery, and strokes of brushes. 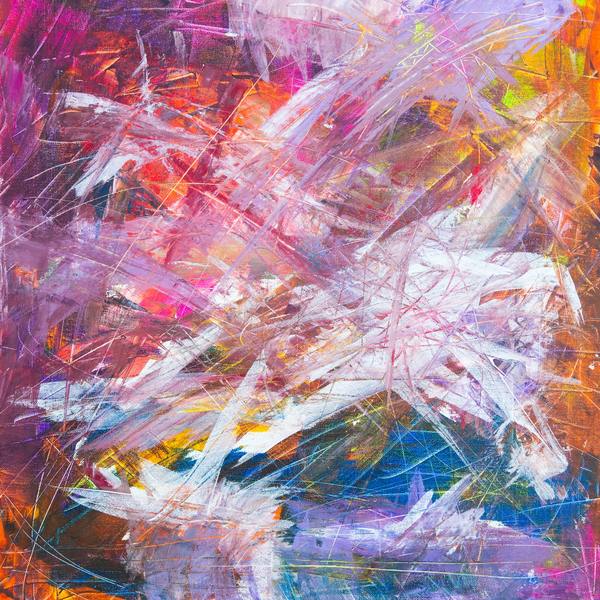 3.  To tickle your imagination:

Abstraction requires a lot of creativity and imagination. The purpose of abstraction is not to tell a story to you, but rather, it is for you to get involved in the art piece and create a story based on the artwork using your creativity. 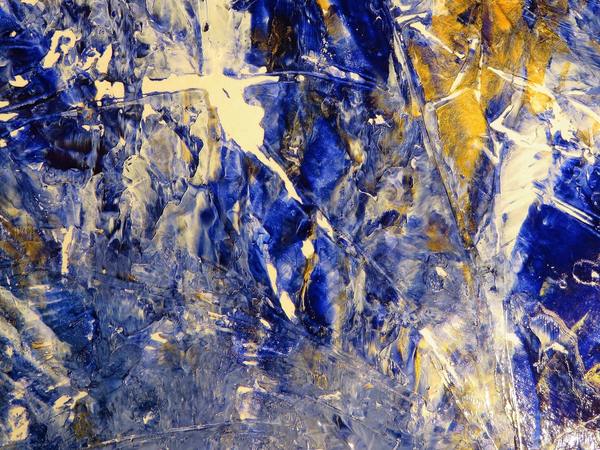 4.  The purpose of abstraction is to give you a unique experience:

It has been mentioned earlier, and we cannot emphasize enough that abstract art is subjective. Therefore, the emotional experience and story differ from one person to another. 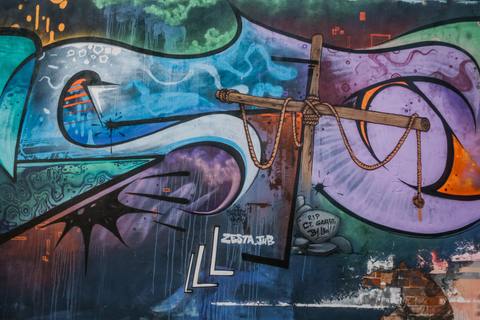 5.  To channel the inner poet in you:

Have you ever heard of the phrase “poetic license?” It is also known as “artistic license” which is the deviation from the normal forms, breaking the standard rules of writing (in this case, art), and creating their own rules to deliver a unique and more personal piece of art. When you’re the artist, your canvas is your paper and the brush is your pen. Instead of expressing yourself through words though, you express it through visual imagery. 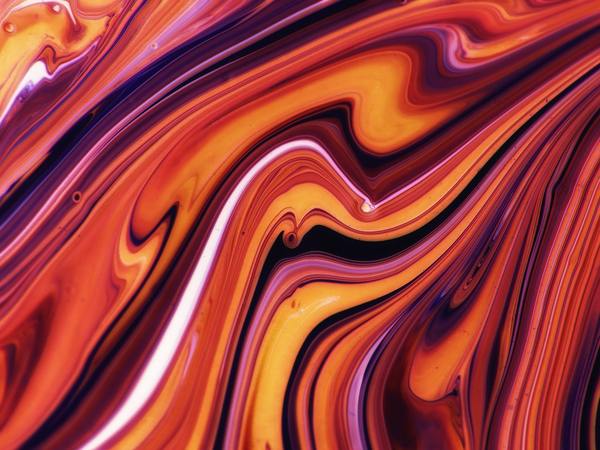 When in doubt, paint in abstract. There are so many things that abstract art can do for you. A lot of people may devalue the price of abstract art but believe it or not, the majority of abstract art created is worth millions and has its own special spotlight within the modern art world. The ultimate purpose of abstraction is to show everyone that everything can be beautiful not because it is, but because it could be and it does this by changing your perception into something positive and by encouraging you to have an open mind.

If you’ve tried Paint by Numbers and finished the artwork with a lot of acrylic paints to spare, don’t throw them away! Instead, use them

Pictures To Paint: Give Life To Your Cherished Moments

Painting a picture is a fun method to express yourself. If you want to harness your inner Rembrandt or Pollock, you can learn how to

How Dog Behavior Changes With Age

If there’s anything we need to learn to accept, it is the concept of aging. Every living thing grows old, and that includes dogs. In this article, we discuss how dog behavior changes with age, and how to cope with your senior dog’s change in behavior.

You’re probably wondering about the perfect time for dog training. Ideally, you would want to start training your dog as soon as possible in order to instill a good attitude and mitigate bad behaviors immediately. Dog training isn’t easy and it requires a lot of patience. Hence, it is very important to do it at the right time.

Creating a masterpiece with paint by numbers

Getting a masterpiece with paint by numbers is one essential thing that is in every painter’s mind. Every artist wants their work to be appealing.

What does it take to be considered a master painter? It takes great precision, patience, technique, intricacy with details, swift brushstroke movements, intense color palettes,