The history and the origins of painting

Painting is one of the forms of art that has carried a rich history from when it was started. This was especially the case with cave painting which had a lot of significance on man in the past. People made paintings on the rocky walls of the caves using charcoal and other natural pigments from nature. These paintings mainly featured things depicting the socio-economic aspect of man. Moreover, it was used to record important events. 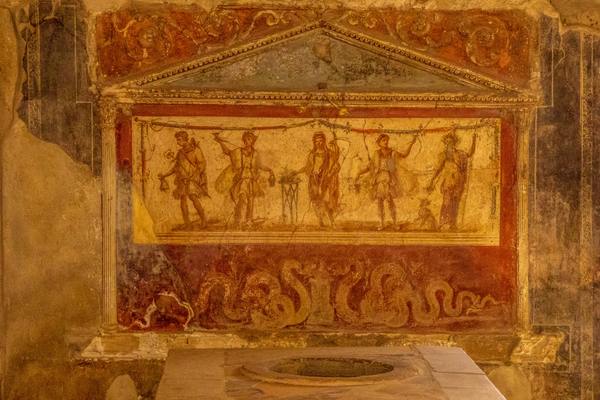 Though there are many theories on the origins of the painting, one of the most undisputed origins is that men needed a way to showcase the environment they lived in. Though the paintings were basic, the creativity behind them couldn’t be ignored. Through this painting, people would learn different aspects of life. Humans would paint to memorize their daily lives within their habitat.  Most of the early paintings were found in caves. With time, the painters started using multiple colors in their paintings.

Rock painting is also a significant art that illustrates the origins of painting. Rock arts are very common in many parts of the world. This is mostly seen on a variety of different geographical features like hills, caves, and valleys where people lived. 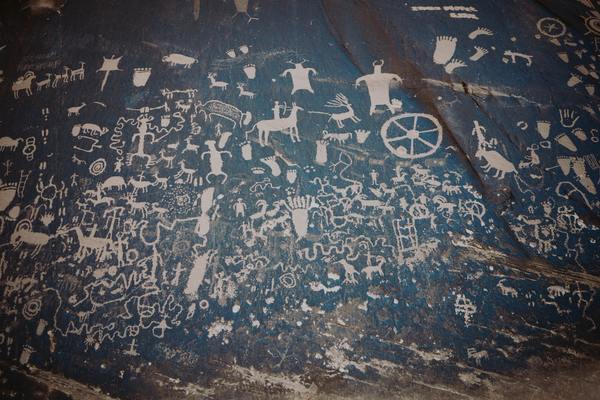 The invention of painting

Modern painting has gone through many stages to become what it is today. This is different from when it was invented, thousands of years back. The invention of painting was not an intentional occurrence. From samples of paintings found in caves, the artwork was done in a random sequence. In the process, initial painters realized they would make some creative artworks.

The common materials used were charcoal, but, in the process more materials became useful. This illustrates that the painting was initially dark markings on the wall.

Later, materials like egg-based tempering, minerals, vegetable pigments, blood, roots, and dried plants, as well as berry juices began to be utilized. This brought in the concept of different colors in the art. Through this, painters would make colorful and beautiful, but simple paintings. 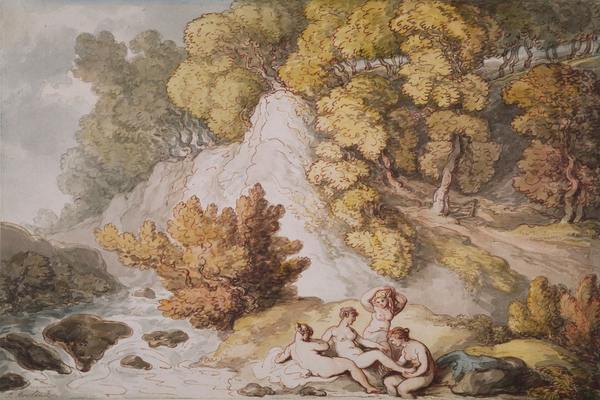 Initially, the painting was only done in caves. With time, the paintings became evident on various tools that were used. This brought in a new concept on paintings. For many years, the invention of painting has gradually grown into various modes of painting. The advancement of materials for painting has also been significant.

Reasons Why People Painted during the Old Times

Many things were happening in people’s lives. Though many drawings were made in the caves randomly, this changed with increases in paint works. The increase in the use of paintings by man was attributed to many reasons. Painting became a way of life due to many reasons such as the following: 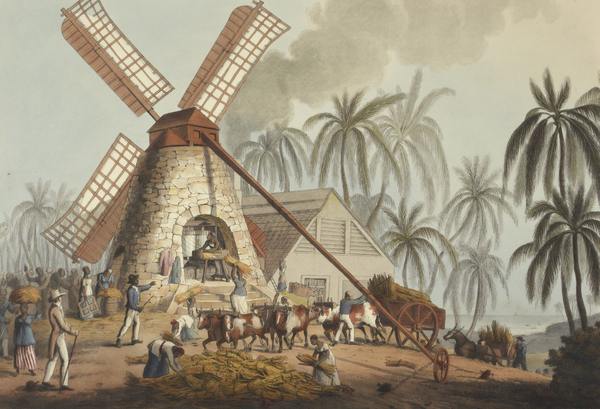 –     Beautifying the caves – Painting was a great way to mark the walls with different types of artwork to make them look beautiful.

–     To record discoveries –There was a need to record important discoveries like new tools man-made for use such as Achillean tools, and old stone age tools. Paintings of such tools represented a way to make the discovery.

–     To communicate and give instructions – The invention of painting was also a result of a need for man to pass different messages and instructions, especially when writing was not the norm.

–     To decorate the tools- Painting was significant as it allowed decoration of the tools that were being used. As seen on the artifacts, the drawings were related to the usage of various tools.

The origins of painting

The common drawings attributed to the origins of painting are cave paintings, rock paintings, and artifact paintings. While these may seem to be the only paintings, the truth is that there are thousands of paintings that have been found. The latest discoveries have shown that painting was done on a variety of many materials. This makes it a tussle to single out the oldest ones. 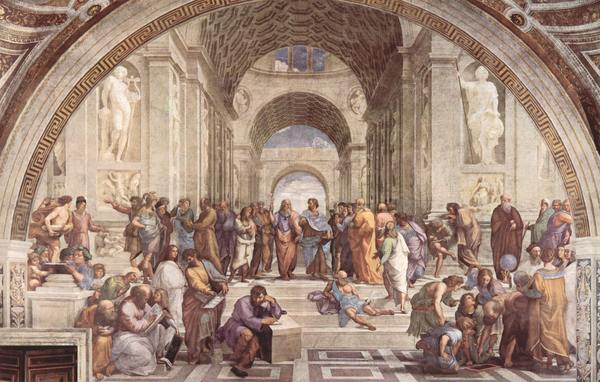 The ancient Romans were not well known for painting. Their major impact in history was in the field of architecture. But, they still practiced painting. They did a simple and decorative painting to accompany different architectural designs. The paint they used was unique in that it often appeared like marble. 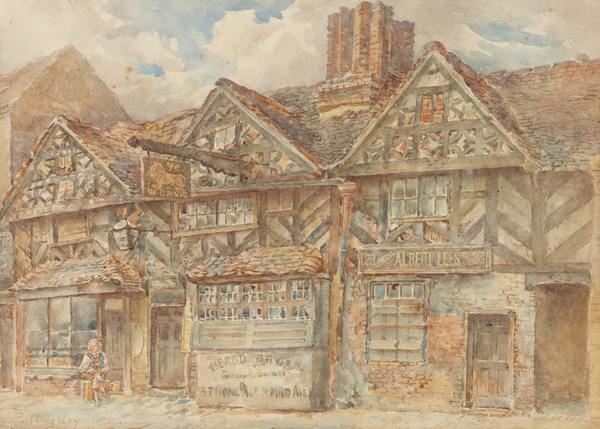 Art was a great and significant activity in Greek. Most of the people were potters. Thus, the majority of the painting was done on finished pots. This was referred to as painted pottery. In other cases, these paintings were significant as they were used to honor gods. Different portraits were also significant in the original Greek paintings.

The Egyptians were known to be the greatest painters. Their paintings were done on the walls of different tombs. Many paintings dating back to the times when ancient Egypt was ruled by Kings. The paintings were also done to decorate the pyramids. This was one of the origins of paintings on outdoor structures. 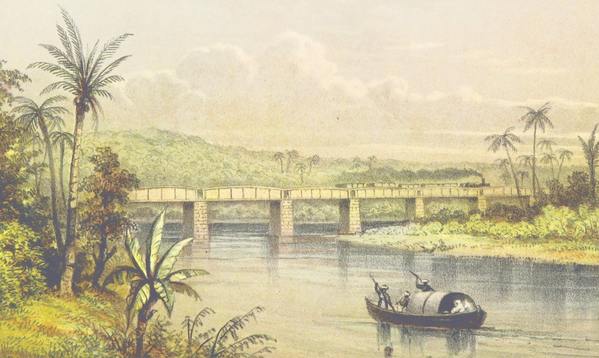 Who made the first painting?

Many archeologists believe that the oldest painting is the rock painting also known as rock art. The painting was made in caves and shelters that were useful to nomadic people. These were places where they used to seek protection and shelter.

Where was the first painting made?

The first painting is said to have been made around 42,000 years ago.  These drawings were found in different caves. This is due to Archaeological excavations around Africa, Asia, and Europe.

Painting is an art that reaches different people. The origins of painting are important in understanding the influence of art and its importance to humanity. From the article, we have seen that the origins of the painting indicate that it requires a lot of creativity.

Multiple companies are advertising paint-by-number kits because of their benefits for adults, but today we want to talk about what makes color pop PBN different

Car sickness can be really annoying, and even more so in dogs because they can’t just stop the car when they need to vomit. With that, here is how to treat car sickness in dogs naturally.

The Influence of art on architecture

Van Gogh is a staple name in the world of art. Even non-art enthusiasts know something about the legend. He’s widely famous for his painting

Low-cost and Fun Hobbies to Start 2021

If productivity is one of your main goals this year, then learning new hobbies is a great way to start. Hobbies don’t have to be

Paint by Numbers Online: Worth a Shot?

Paint by Numbers kits have been around since the 1950s and it seems that they get more popular each year. Recently, there has been another